The lights over the strait 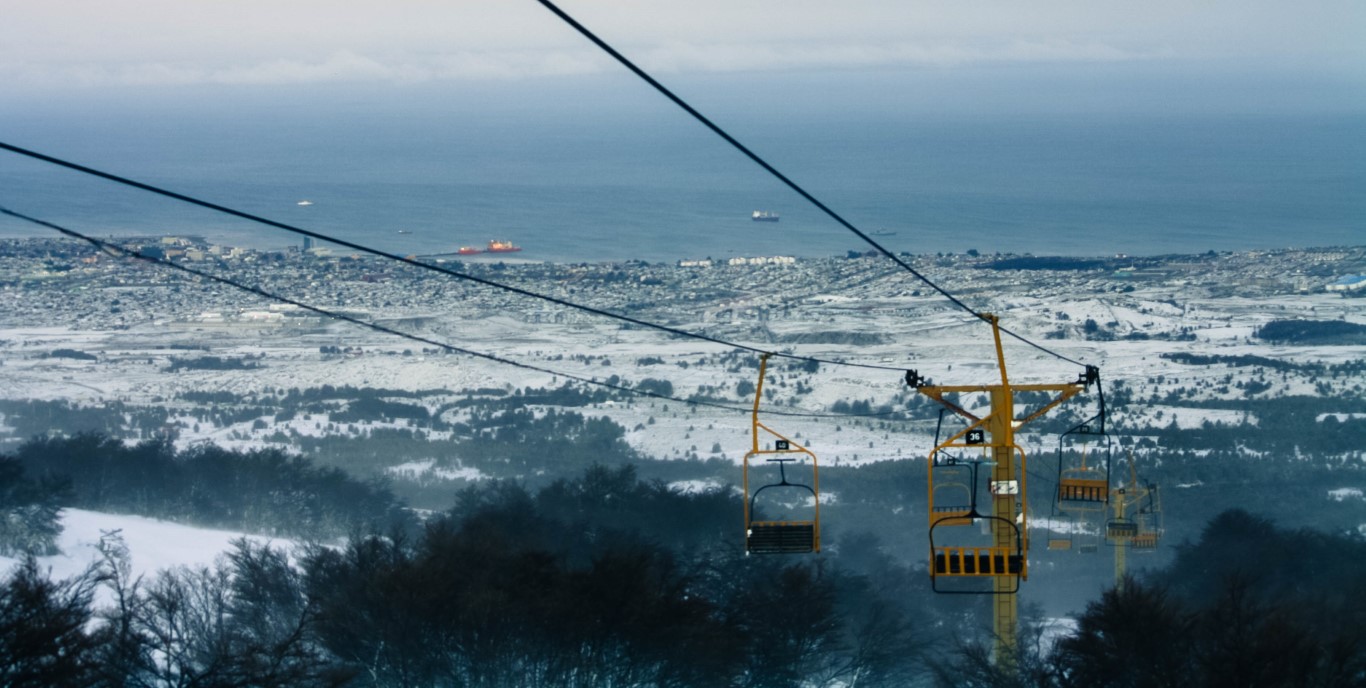 So I was pedaling around 1 am on Friday night towards the south of Punta Arenas. A night ride, one of those in which you see nothing but the light of the firmament. At 10 kilometers south of the city, public lights are gone and darkness fills the atmosphere. Of course this means that the show of stars starts immediately and that’s why coming to these sort of places at these times is a show like no other.

After leaving the city range and after some minutes of pedaling I stopped at a bus stop that marks the limit between light and darkness. A bridge is the portal that leads you to pitch black. This bus stops offers good shelter to make a technical stop; smoking some pipes and drinking mate staring at the Magellan Strait, a sweet is also well welcome to enjoy the journey.

After few mates and some pipes, at the distance, far over there, north of Punta Arenas, right in the middle of the Magellan Strait, some lights. Actually they weren’t fixed lights, more like flashes. They looked like if someone had a photo camera with a giant flash and was taking pictures, two or three at a time. This went on for some minutes and flashes were quite strong.

The mind started to do its job; electric storm I though. Of course, the lightnings are like flashes and this totally explains what I am seeing. I drank some more mate; Nobleza Gaucha. A really good mate weed that is perfect for this sort of going outs. I filled my pipe and kept on smoking. Then I recalled; there are no electric storms in the Magallanes region.

After some more pipes and many more mates, the flashes got stronger. They were not 2 or 3 anymore but 4 or 5 and all still in series. The mind kept working and offering rational answers to what I was witnessing. This time a more warlike approach; a bombing. Punta Arenas and most of the austral zone of Chile have a strong military presence. Both in Magallanes and Aysén and the southern zone of Puerto Montt have a strong military presence due to the conflicts that Chile had with Argentina back in the 80s. It is not weird at all to see fighting jets cruising the air space of the Magellan strait right in the middle of the day doing warlike exercises. Or see the army pass by with their tanks and Humvees every now and then. Of course the navy can not be left behind as they mark a really strong presence in the waters of the strait.

From the bombing theory the mind went to the military exercises. Maybe an exercise by the Chilean navy was creating these lights. It made sense, they were coming from the strait, it was late in the night, near 2 am, a time in which most are asleep. Friday night, others would be in a bar getting drunk, dancing at a disco or just partying at home. Not many people would be looking at the strait at this day and time of the night, but me who was in a complete different context. The mind was ok with this theory and I didn’t worry anymore. Enough pipes, enough mate weed. Time to push on, this time in pitch black.

I went into the night. The skies were totally clear. The flashes kept on. I had too many pipes I thought and started laughing. I was getting nervous. The flashes were not receding nor stopping and as I was in complete darkness I could see how the landscape was getting enlightened every time one of these flashes exploded from the distance. I recalled how last year, we went with Sara and Ed towards the mountains near Santiago de Chile. High up in the Andes. At that time we saw something very similar to this to what we never found explanation. Tom, who happened to also be in the mountains, but at the other side of the mountain range we were at, also saw the flashes. He couldn’t explain them either. Could this be an electric storm? Or the military doing an exercise? What about UFOs? At least when you are up in the Andes you can say the volcanoes are responsible for such lightnings, but in the Magellan strait?.

When looking southwards there were no flashes. They were happening at my back, on the northern side of the strait. The idea of UFOs wrecked up my head. I decided to put on some music to help raise up the spirit and keep on with the pedaling. At least with music I could enjoy the lights show and the mind would not be working anymore, It worked and my mind got dulled by the music.

I kept on pushing it south. The coldness fell down and despite the pedaling and the music it was hard to get warm. After around 30 kilometers the flashes got stronger and repetitive. They seemed to be closer. I was already on the Agua Fresca bay and a bit before the police station some lights towards the hill side of the road called my attention. Three lights of different color, turning on and off and moving closer and apart from themselves. Going up and going down. ???????? (My mind). I never stopped pedaling neither looking at these spots of light. I was looking for the pattern but couldn’t find it. There must a be a pattern I thought. Suddenly the lights were not there anymore. What?. Too many pipes I will quit this shit was my instant thought. But from some time already I was neither high on the pipes nor on the mate weed. I was totally disappointed. Then the lights came back. 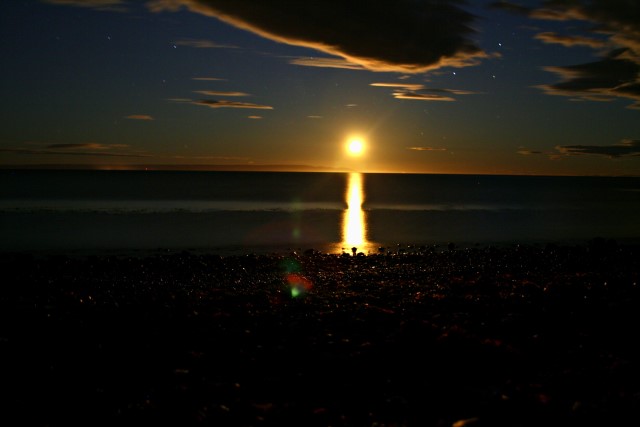 I got seriously troubled. My stomach went tight. I got nervous. I decided to ignore the lights and push harder. I was quite close from the police station which had a really strong light pointing to the road. The only constant white light in kilometers and kilometers. The flashes on my back never stopped. I then looked towards the hill range and suddenly, out from the earth, the biggest and strongest light/explosion I have ever witnessed in my whole life. Ever. It enlightened everything around me. It became daylight for the time the flash lasted. All around me was illuminated for a fraction of a second. I managed to see the origin of this flash, but the explosion was so big and so strong that my instinct called for protection. I raised up my arms and covered my head. I went down a little to skip the blast of the explosion. No sound at all, just light. An irrational fear took over. My heartbeat went nuts. I started sweating. Adrenaline hit like it has never done before. I pushed my bike till my legs couldn’t stand it anymore. It was almost 3 am and I still had around 10 kilometers towards my destination. I literally ran away from where I was, but this made no sense as whatever made that explosion could certainly reach me in no time. The police station light blinded me but with the fear I didn’t care. I just kept pushing it as fast as I could. After around 2 or 3 kilometers I stopped. I was in the middle of a small valley between two small climbs. I felt safe surrounded at least by small slopes. Nobody could find me here.

I regain my breath. I meditated a couple of minutes. I tried to think again. I actually couldn’t understand what had happened. I couldn’t find any rational explanation to what I had seen. I was confused but what could I do?.

I arrived to my destination and went straight to sleep. I didn’t want to know anymore about lights, flashes or whatever, it was enough for a day. At the next day I passed over the bay during daylight, I tried to spot the place where I had seen the lights but there was nothing in the hill. I looked at where the explosion took place but nothing either, just hills and slopes. The small dots of light could have been houses or people playing with torches, but the explosion. I don’t really know.